Posted on December 20, 2010 by lillylaagedesigns

a while ago i was watching ina garten‘s barefoot contessa on the food network.  she’s honestly not my favorite foodnet star, i prefer giada de laurentiis any day, but sometimes she has some good recipies.  on this given day, the episode happened to be all about chocolate and she was sharing a recipe she was given for rum raisin chocolate truffles.  the recipe sounded interesting so i DVR’d the episode and copied down the recipe.  for any of you who are interested, it is as follows:

set ganache for 6 hours or overnight if possible
once set, use a micro ice cream scoop to form ganache into balls

temper milk chocolate in microwave at 20 second intervals until just melted, coat ganache in chocolate using a 2-spoon method (do not dip into the hot chocolate, they will melt away!)

well, after making all of these truffles, i decided to give some away for the holidays and some birthdays.  but i needed something cute to package them in.  enter, the candy box.  i used some patterned paper (heavy weight) to created a folded box, both with and without a window!  they came out so cute.  the box without a window came first.

soo super cute!!  i wrapped the truffles in a little tissue paper and it came out adorable!!

after i made the first box though, i decided it would be even more adorable if there was a little acetate window, allowing one to peer into the box prior to opening it!  enter, box number two. 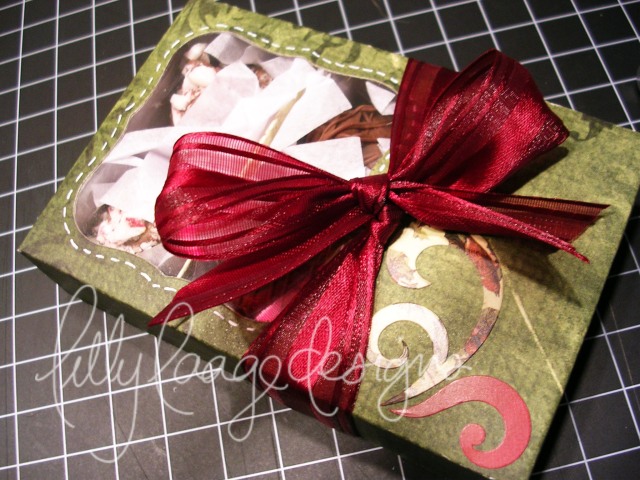 i love it!!  it’s so cute!!  well, i couldn’t just leave it at pictures, i had to go ahead and film a short little tutorial on this adorable candy box!  sharing all my crafting secrets.  i hope you enjoy!  it really is simple to make, and so darn cute!  don’t be surprised if you see a whole bunch of these in the future!!! :D 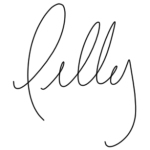 This entry was posted in how-to, video tutorials. Bookmark the permalink.

3 Responses to truffles and candy boxes